Centuries Old Treasure ships Under the Deserts of California and Arizona

Hundreds of years ago, Spain sent large war ships with many soldiers to brutally conquer the Native American Indians throughout the lands that much later became The United States of America, Mexico, and the other nations of Central America, as well as what later became the nations of South America. With Mexico being a Spanish colony, Mexico then sent its some of its armies and navies to conquer the Native American Indians.

California and most of Arizona, and other Western territories were acquired by the United States from Mexico under the signed Treaty of Guadalupe Hidalgo on February 3, 1848. The Treaty of Hidalgo brought to an official end The Mexican-American War (1846-1848). The rest of Arizona, formerly part of The Territory of New Mexico, was organized as separate territory on February 24, 1863, In 1853, finalized in 1854, under The Gadsden Purchase, Mexico ceded ceded nearly all the territory now included in the USA states of New Mexico, Utah, Nevada, Arizona, California, Texas, and western Colorado for $15 million (some sources say $10 million) and the USA assumption of its citizens’ claims against Mexico. In 1859 and finalized in 1861, the USA took possession of the last small land Mexico held in the USA.

After doing very extreme plundering of the Native Central American Indians of Mexico and surrounding territories, some treasure laden Spanish war ships sailed upwards to California and Arizona, looking for more Native American Indian tribes to steal from, expecting to find very wealthy vast cities of Native American Indians as was encountered in Central America and South America. Of course, the Spanish conquerors did not find such cities so far up north. Along the way, some Spanish ships, while carrying precious supplies of gold, silver, and gemstones from the various Indian raids from the south, some of these ships followed rivers that became shallower and shallower that were surrounded by deserts, soon, these big ships became trapped under highly muddy very low water levels. The Spanish soldiers; mariners abandoned the ships, taking what highly valued cargo they could carry, but could not take all of it when the ship was packed. 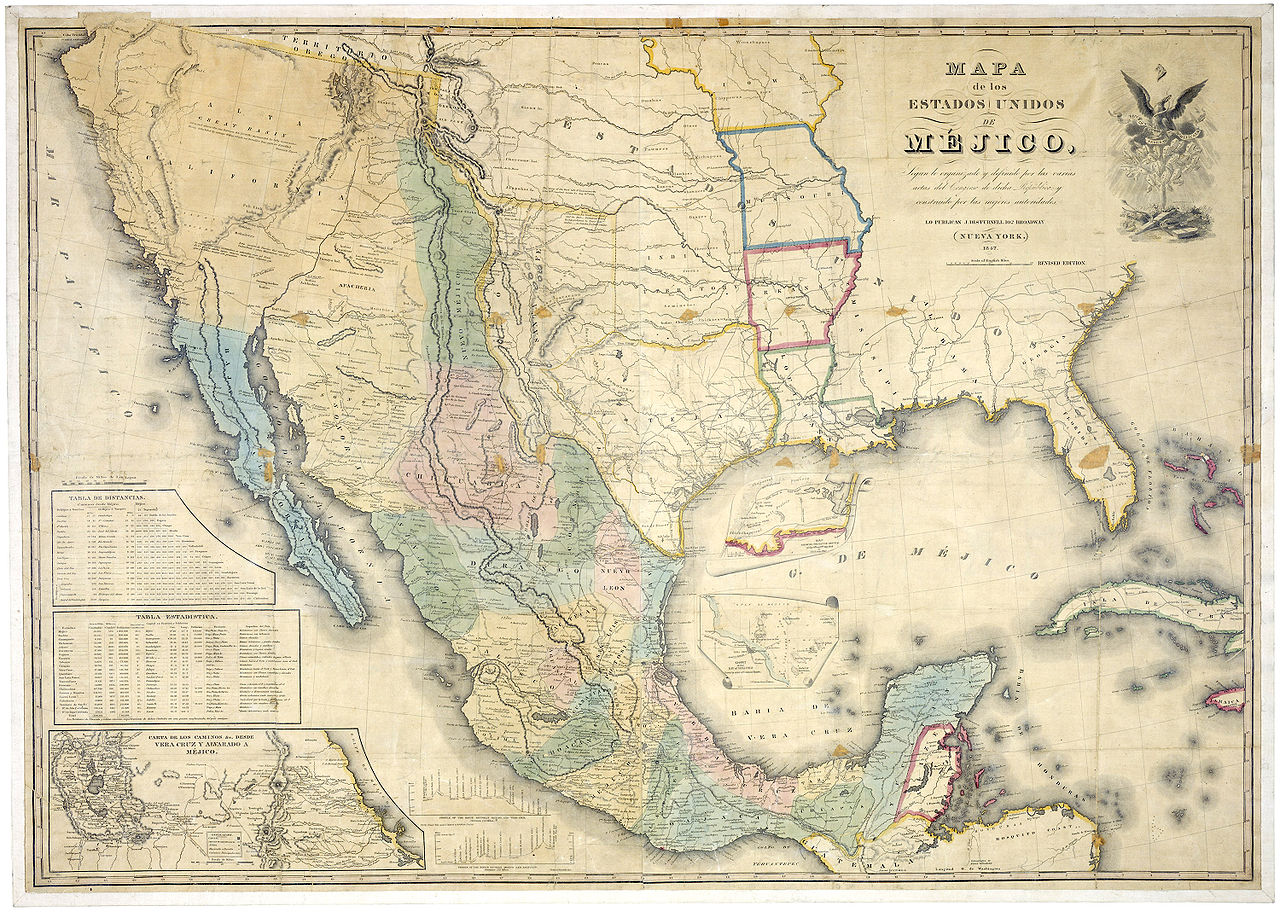 As years went by, the little water that was around their ships all dried up and the blowing in the wind desert sand dunes buried the ships as the desert grew a great deal more in size. The desert “swallowed up” the ships so to speak. The Spanish crews travelled very far to get out of the vast desert, a considerable number of them, if not all of them, had to perish while trying to escape the desert. The covered up ships became lost in the desert. Some Native American Indians at times saw the stranded, abandoned ships being slowly, over the years covered over with desert sand, but these Indians did not know of their historical and monetary significance. After a long, long time, white people in America began to hear about such legends from the Indians.

The Colorado Desert of California is where most of the legends of the lost ships originate. Other tales of centuries old lost ships have come from the deserts of New Mexico and Texas. California’s Colorado Desert is part of the larger Sonoran Desert, and encompasses approximately 7 million acres (2,800,000 ha; 28,000 km2), including the heavily irrigated Coachella and Imperial valley. That desert is home to many unique flora and fauna. Most of the Colorado Desert lies at a relatively low elevation, below 1,000 feet (305 meters), with the lowest point of the desert floor at 275 feet (84 meters) below sea level at the Salton Sea. At various long stretches of time, at least some of the lost ships became exposed when powerful wind storms and rain storms literally dug out the sand hiding the ships. And, at certain long times, very small, very rapid earthquake tremors could have knocked off the covering sand.

Wood, as with the wooden ships, can be greatly preserved for even eons under desert sand with the right climatic conditions. After a certain time of being made visible; the desert sands would eventually “re-claim” (rebury) the ships again. Over the centuries, the process of visible and invisible of the ships would go on as a big cycle. In a region known as the Salton Sink, the low point of an endorheic basin, a closed drainage system with no other bodies of water, in the Colorado Desert sub-area of the Sonoran Desert; the greater portion of the Salton Sink has been submerged under the Salton Sea (the shallow, landlocked, strongly saline body of water in Riverside and Imperial counties at the southern end of California); since 1905, and much of the surrounding land is under the possession of the military and has been used for bombing target practices, thus making searches upon the ground very dangerous and/or illegal.

Wooden ship buried in a desert of sand.

A good example of vast bodies of water that have disappeared in California is Lake Cahuilla, a prehistoric lake that once was in California and Mexico. Lake Cahuilla was located in the Coachella and Imperial valleys and covered surface areas of 5,700 km2 (2,200 square miles) to a height of 12 meters (39 feet) under the Holocene time span (roughly 9,000 years ago to about 5,000 years ago). During the earlier stages of the Pleistocene Age ( 2.58 million years ago to 9.012 million years ago), the lake reached higher elevations, up to 31-52 meters (102 feet to 171 feet) above sea level. Lake Cahuilla completely dried up some time after 1580.

Here are a few of the various claims of people and their experiences of the lost ships of the American deserts. After the Colorado River flood of 1862, there were reports of seeing a Spanish galleon resurface in the desert. In 1863, Colonel Albert S. Evans reported seeing such a ship. In a news article in The Los Angeles Daily News of August 1870, the ship was observed as a half-buried hulk in a drying marsh or saline lake, west of Dos Palmas, California and 40 miles north of Yuma, Arizona. The Spanish galleon could easily be seen at a distance of several miles from a mesa that lay between Dos Palma and Palma Seca, California. But, with search parties sent out to find the ship, the ship could not be found.

In another case, a Spanish ship, a small caravel, was viewed in the sand hills west of El Centro, California. The ship is believed to be a ship with a cargo of black pearls owned by the Spanish explorer Juan de Iturbe, who sailed in 1615. After getting stuck at Lake Cahuilla, the ship was beached, and Juan de Iturbe carried some pearls, but left a fortune of black pearls on the ship, by walking back to the nearest Spanish settlement. In 1774, a mule driver traveling with the de Anza expeditions reputedly removed the black pearls.

Around 1900, Mexicans and Indians who would live in the Colorado river delta near the Laguna Salada basin ( Laguna Salada is in the Dominican Republic); described seeing a Viking looking open boat with round metal shields on its sides in the badlands west of Mexicali, Mexico. About 1933, a librarian from Julian California, Myrtle Botts, was told by an old prospector who claimed to have seen a ship lodged in the rock of Canebrake Canyon, in California – a Viking ship made of wood, with a serpentine image carved in its prow. He gave her and her husband directions where to go to see the Viking ship, but an earthquake prevented them from following the prospector’s trail to the ship.

There are probably many centuries old, maybe even over a thousand years old, European ships buried under the deserts of the southwestern states of the United States of America as well as the nations close to the USA that have their deserts, too. Some of the buried ships being intact when buried, other ships being wrecked, with treasures plundered from the New World peoples.

Tags: Centuries Old Treasure ships Under the Deserts of California and Arizonalost ships